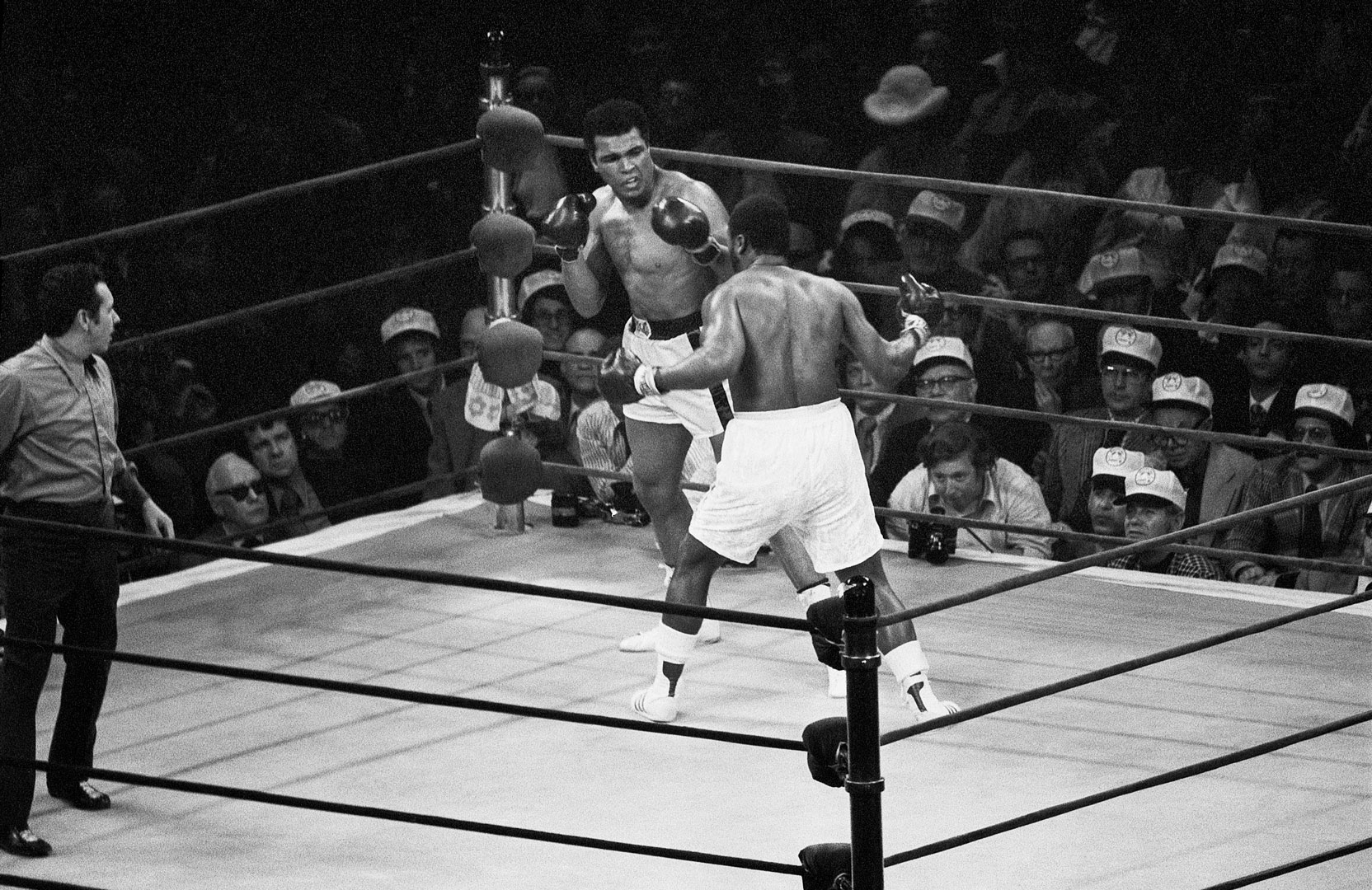 Award-winning photographer Brennan was new to New York City, having only arrived a few years prior, when he found himself at a press conference at the start of 1974. Two of the greatest fighters who ever entered a ring, Muhammad Ali and Joe Frazier, were there to announce their upcoming battle at Madison Square Garden.

“There was one moment – a split second – I will never forget. I was at the training camp and there was a television crew shooting on the same day. At that moment, the TV cameraman flooded the scene with a direct, searing bright piercing light. Ali, never one to ignore a camera whether still or moving, slowly raised his head and looked straight into the television lens over my left shoulder and I captured it - the exhausted, sweaty head shot has always been pretty much a stereotype, but this was Muhammad Ali, arguably the most recognised face in the world.

“Years later, I showed Ali the picture I had taken. He traced his right index finger over the sweat beads in the photograph and mumbled “all them years, all them years of hard work.”

Brennan’s portraits at Deer Lake and at the fights would go on to be some of the most defining images of Ali in the 1970s and his 1977 portrait resides in the permanent collection of the Smithsonian’s National Portrait Gallery.