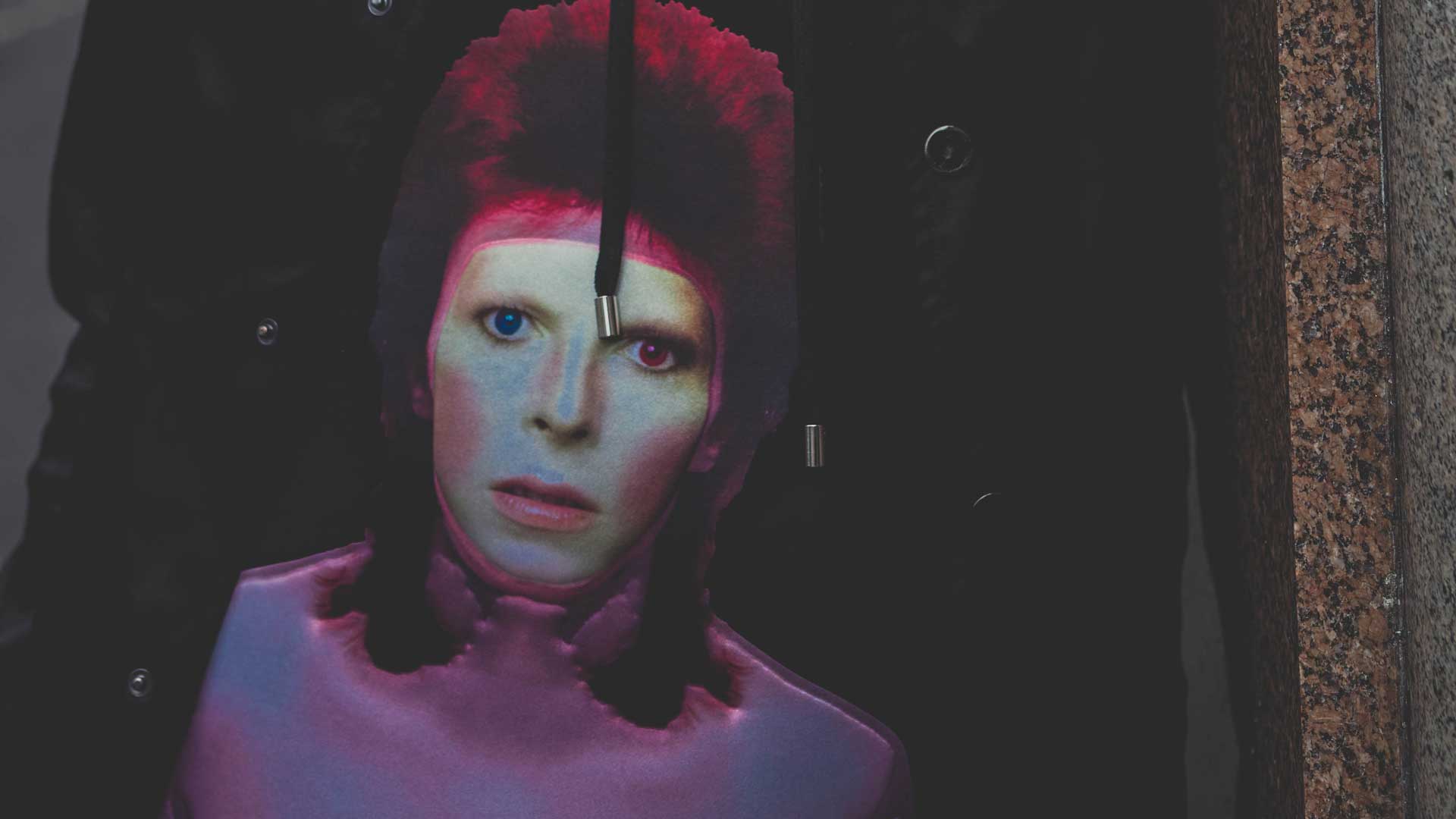 JUSTIN DE VILLENEUVE IS A PHOTOGRAPHER, PRODUCER AND ENTREPRENEUR WHO WAS A MAJOR INFLUENCE ON THE FASHION AND CULTURE IN THE SWINGING 60S.

De Villeneuve is mostly known as Twiggy’s manager and partner. He also managed rock’n’roll artists like Tim Hardin, Jackie Lomax (for the Beatles label Apple) Jack Bruce who had recently left Cream when Justin helped him form the Jack Bruce Band. Justin was also an associate producer of ’The Boyfriend’ directed by Ken Russell. As a photographer Justin photographed many icons of the 60’s and 70’s. Nowadays Justin photographs birds of the ornithological kind.

“Twiggy and I were staying in the Bel Air Hotel in LA when Peter Frampton visited us and had bought along a copy of Aladin Sane by this wonderful new artist David Bowie. One of Bowie’s lyrics included ’Twig the Wonder Kid’. Apparently he was a fan. When we arrived back in London we met up with David and David mentioned he’d love to be on the cover of Vogue! I then spent a few weeks persuading B Miller (editor) that it would be great to have David and Twiggy on a Vogue cover. Eventually she agreed! Twiggy and I flew to Paris where David was recording his new album ‘Pin Ups’ and I booked a studio to take the portrait. When T & B sat in front of me I realised we had a problem. Twiggy and myself had just returned from the Bahamas and she had a dark tan. David was as white as a ghost. They looked weird. The problem was resolved when the make-up artist Pierre LaRoche and myself decided to draw masks on their faces of the same colours. When I looked through the lens viewfinder I only then noticed that Bowie had different colour eyes!! All the times I’d met him before I had never noticed.

When I showed David the Polaroid of the portrait he loved it and asked if he could have it as the cover of his new album. I replied but this is a special commission for Vogue. I then asked him how many albums he thought he would sell “A million” he replied. I realised Vogue would sell about 80,000 copies which would soon be forgotten. I agreed David could use it as his next album cover Vogue never spoke to me again!”