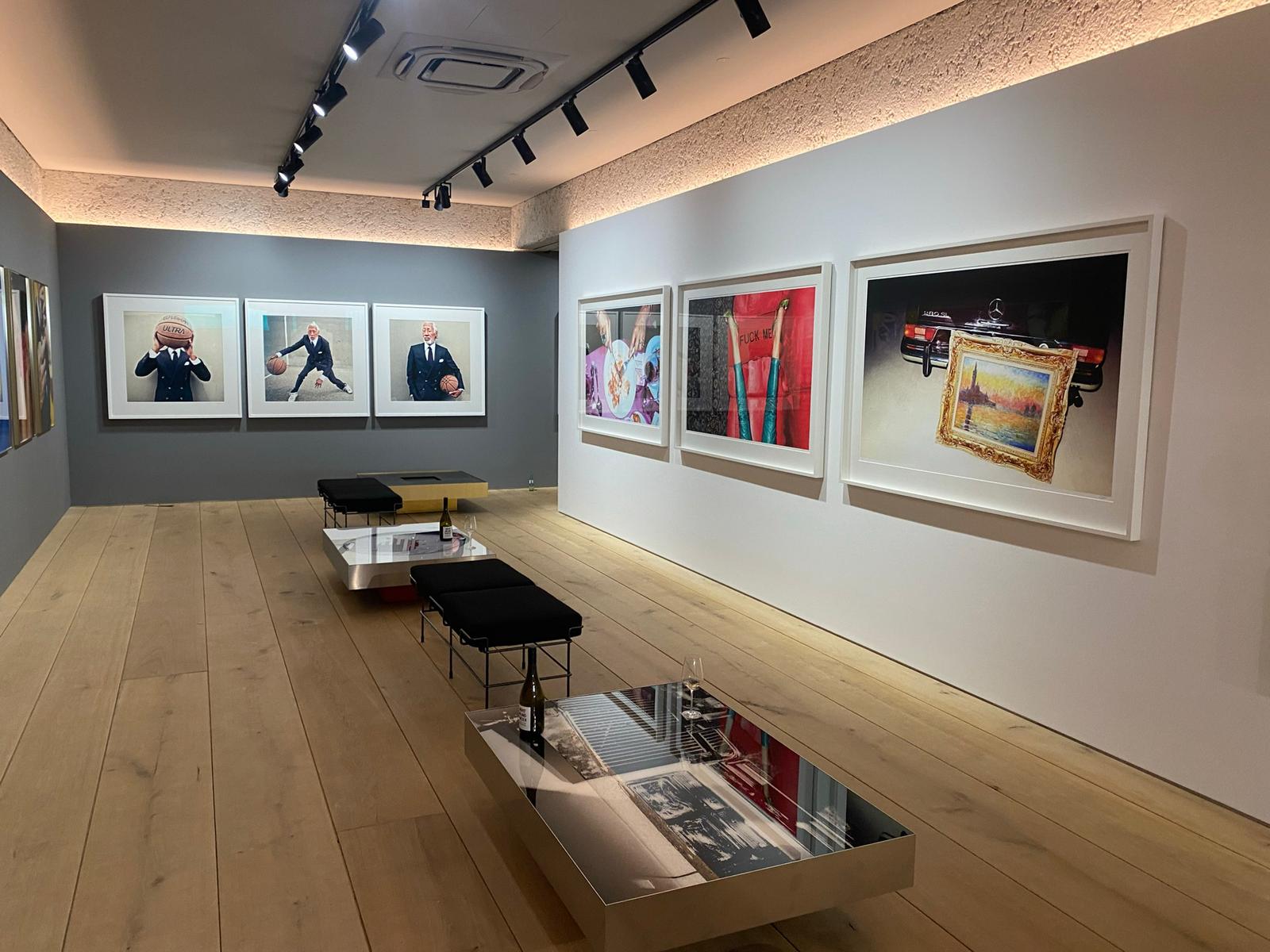 Born in the gloomy, monochrome world of Bavaria, Dylan is seduced by the lush tones and bright sun of Los Angeles, and the city´s vivid backdrops. Retro americana touches, plush hotel interiors and vertigo-including infinity pools feature prominently in his polychromatic images.

He sometimes shucks the colour palette, however, for black- and white images that are exercises in minimalism. His portraits of understated opulence from closer home in Europe, however, are also more restrained and elegant.

hypnotize. Whether it´s fashion editor Robert Rabensteiner riding a ski lift in the alps with his weimaraner dog, or the models Cara and Poppy Delevingne shivering with cold on the deck chairs of the Beverly Hills hotel rooftop, his playful portraits laugh at the manufactured blandness of contemporary celebrity photography. His images have the rare intimacy of ´selfies´, except that they´re ´selfies´curated by an operatic imagination.

He´s working on a ´in their shoes´ series, which consists of photographs of ´shoes´ encountered during his high-velocity travels. Given Dylan´s obsessions, his images of ´shoes´ worn by a village people-like cast of characters across the world are infused by the same whimsical intimacy that gives his portraits such rare power.