Shiloh Fernandez for the LA Series 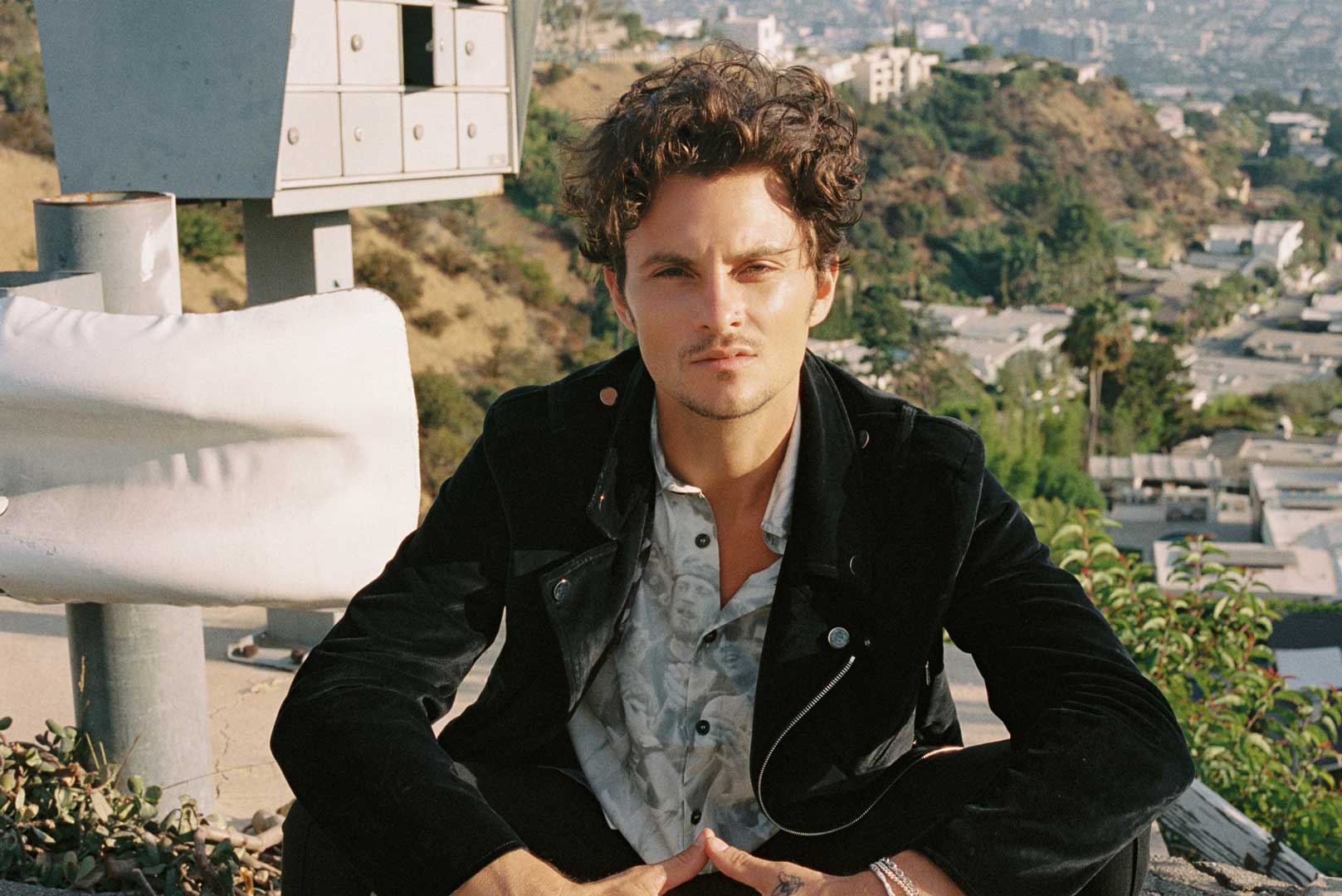 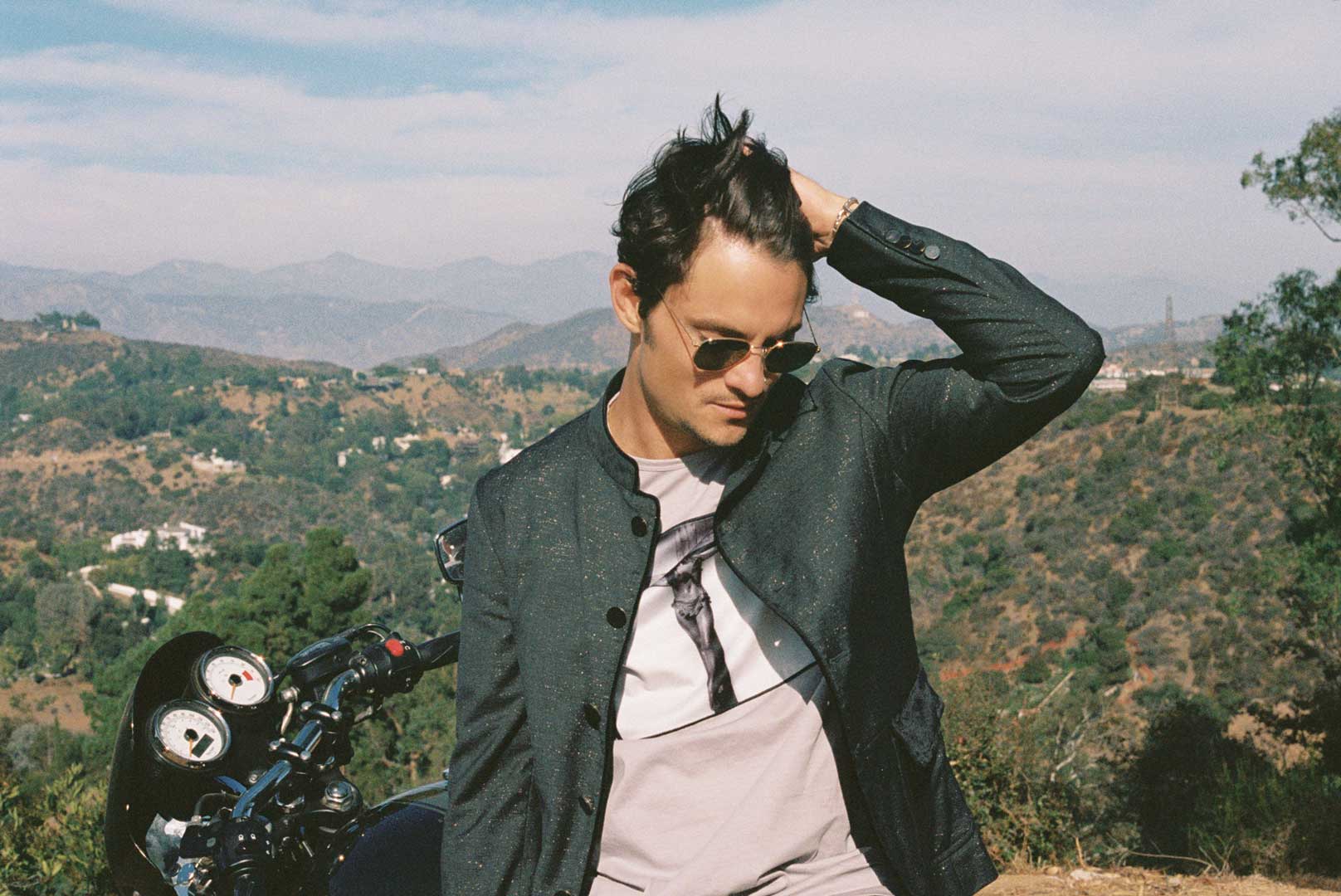 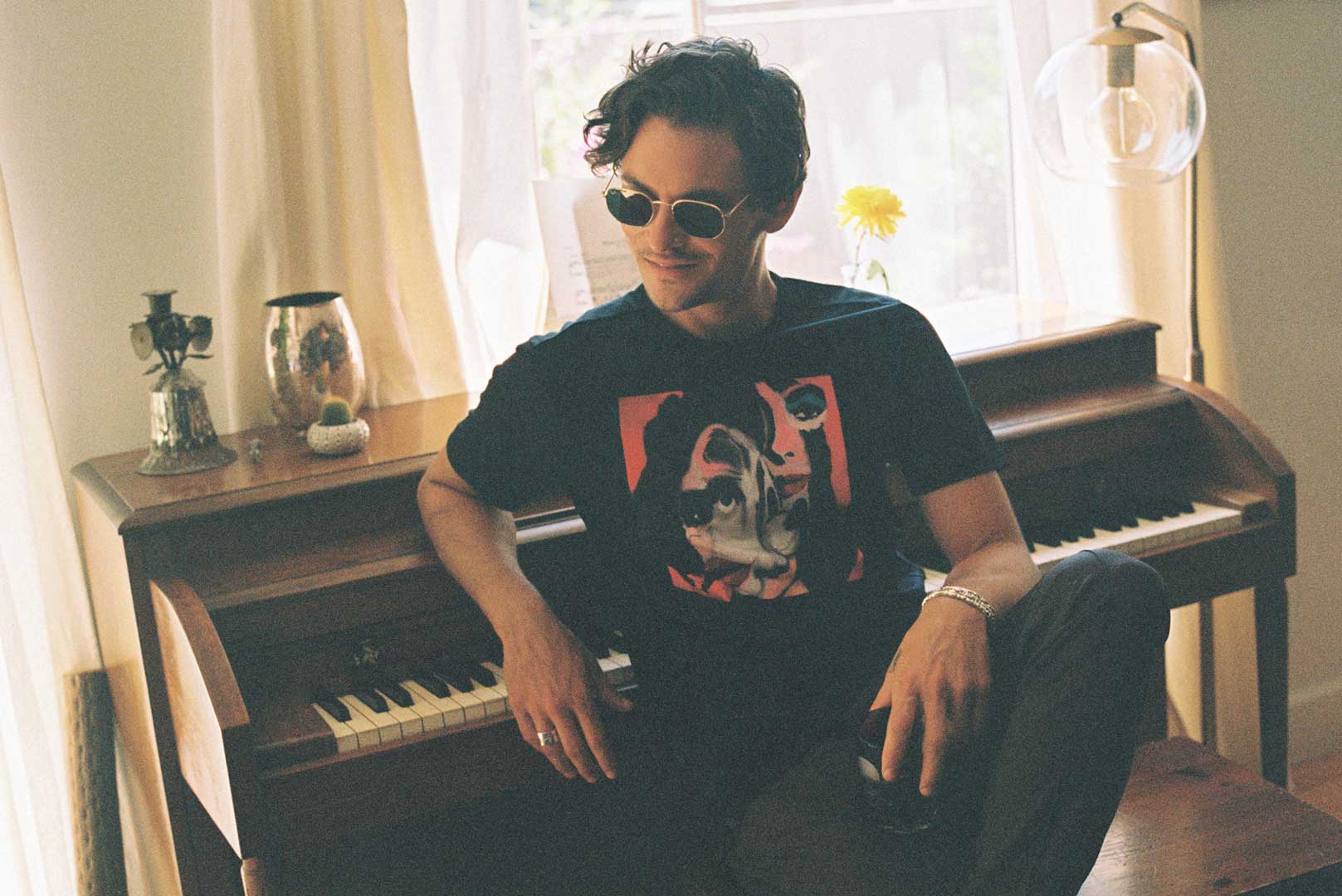 As we enter our most prominent, diverse and important season so far in the lifespan of LIMITATO we also take time to celebrate our community of like-minded people across the globe.

Actor Shiloh Fernandez is perhaps the epitome of what our label stands for. Independence, creativity, confidence and an innate style that cannot be taught or learned.

We were delighted to welcome Shiloh into our family as he quite effortlessly took on our SS20 campaign and drop-kicked it off the Hollywood Hills.

Shiloh, welcome to the LIMITATO family. How did you feel wearing the clothes on the shoot?

Thank you for welcoming me to the Limitato family! It's such a pleasure to have found such like-minded folks on the other side of the world.

I’m inspired by how deep you guys are digging and how hard you’re working to make LIMITATO the best it can be. I felt like a kid on Christmas morning unwrapping incredible piece after incredible piece of the new line. There's something very comfortable about the clothes and at the same time very sophisticated. It feels like I'm stepping up my game when I wear it.

You remind us of a young Johnny Depp and the Phoenix brothers. Heroes of yours?

I saw the film "What's Eating Gilbert Grape" when I was in High School. I had no idea who Johnny Depp was, but his character really spoke to me. What River Phoenix did in such a short time was otherworldly, and it's certainly a dream of mine to play Joaquin's brother in a film one day. I love what the Phoenix family stands for and how they use their voices to fight for the rights of the less fortunate and defenceless. Anyone who uses their voice and platform for good is a hero of mine.

You did a bit of modelling in the early days for American Apparel right? What was that like?

I was at an airport with my Dad when Dov Charney (American Apparel founder) approached us and asked if I would do some modelling for him.

It was before the stores opened (American Apparel was just a little catalog at the time).  I'm from a small country town and it was quite an experience to shoot around New York and be flown to LA for the shoots. I knew immediately that modelling wasn't something I was into, but making a few dollars as a teen was pretty exciting.

What was the worst job you've had?

I moved to LA right after I turned 19 and I got a job selling honey at a farmers market (along with working in a clothing store and a Chinese restaurant etc…). I'm a naturally shy person and it was hard for me to hawk product -- and I was required to sell a certain amount of honey before I received commission.

I had to set up the tent and arrange the products for the display, but my main job was calling out to people who were passing by to come over and taste the honey. It may not have been the WORST job I've ever had, but it was definitely the most uncomfortable.

How did you get into acting?

My hometown has an incredible after school program called SPACE. It's an arts-based program that has theatre and dance classes for kids. I wrote a play in 8th grade that the whole company performed, that really sparked my interest in theatre.

I moved to LA to live with my High School girlfriend, but she broke up with me before my plane landed and I had to quickly navigate living on my own for the first time. I was lucky to get a manager and an agent shortly thereafter and started working, but I had little formal training and really had to learn on the job. I'm still constantly working on my craft. that's something that as an actor, will never end.

We read that you were famously shortlisted for the lead role in Twilight? That must have been crazy as a relative newcomer?

I was lucky to meet the director Catherine Hardwicke. She is a true trailblazer and cast me in the film "Red Riding Hood" where I got to work with some of the greatest actors of our time. The film was produced by one of my favourite actors, Leonardo DiCaprio and having his ear during that time in my life was priceless.

Are there any roles in history that you would have just loved to have done?

I love the film “The Thing Called Love”. I think it's such a fun film and every time I watch it I picture myself in the film. It has all the stuff I'd love to do as an actor... there's drama, fun, love and country music. I love River Phoenix's role in the film.

Talk to us about your personal style and the style of the Hollywood acting set?

I was a bit more experimental with my style when I was a teenager, but as an adult I've really toned it down. I always want to keep my ego in check and sometimes the line between style and ego is blurred in my mind. That's why LIMITATO is such a fantastic brand for people like me. It has an understated sophistication that raises any look with a jacket or a T-shirt. The quality of the material and the fact that it's all collaborations with artists-- it's truly like wearing art, which is something I've never seen before and something I'm really excited to get behind.

Do you have an interest in art/photography?

I did an academic decathlon in Junior High and had Art History as my category, which truly opened my mind.

I took photography in High School and loved learning the process of developing film. Painting and drawing have always been a meditative outlet for me, and I am in awe of people whose lives are dedicated to those art forms.

I think LIMITATO is so special, the way you’re merging forms of fashion and art in an honest yet elevated way.

What are your favourite pieces from the new SS20 collection?

I am so impressed by the jackets. They are both utilitarian and upscale. I can throw one on to go to an event, a premiere or out to the movies. They are pieces I want to wear everyday.

Was there a particular image or artist that you admired from the collection?

I love all the painting T’s but also the Raquel Welch photo. That shot is so iconic.

The shots looked amazing, you must be pleased with the outcome…and excited about being the face of the SS20 campaign?

Working with Larsen was a dream. I can't believe what he pulled off. Speaking with Gustav about his point of view and his desires for LIMITATO was beyond inspiring. It is so much more than a brand but a seed for art and a new way to spread wearable art to people.

To introduce art to folks who might not have had a chance to see art up close, to introduce new artists in a new, creative way.

What do you have coming up in the pipeline film-wise?

I'm fortunate to have worked on some great projects this year.  I shot a film called ‘Big Gold Brick’ with genius director Brian Pestos and actors Emory Cohen, Andy Garcia and Oscar Issac.

I got to be apart of the zeitgeist that is HBO’s ‘Euphoria’. I am producing and acting in a film I co-wrote called ‘The Birthday Cake’ that also stars Ewan McGregor, Aldis Hodge, Val Kilmer and so many more legends and peers.

I am currently filming 'Continue’, written and directed by Nadine Crocker, a beautiful film that addresses mental health, addiction and suicide. I'm very proud to be a part of it.

Who do admire at the moment on screen and why?

I saw a film called ‘Wild Rose’ earlier this year and this incredible actor, Jessie Buckley, blew me away. I was completely floored by her performance. There was so much nuisance and truth while still bringing incredible theatrics to her character.

Go see this film and this performance!