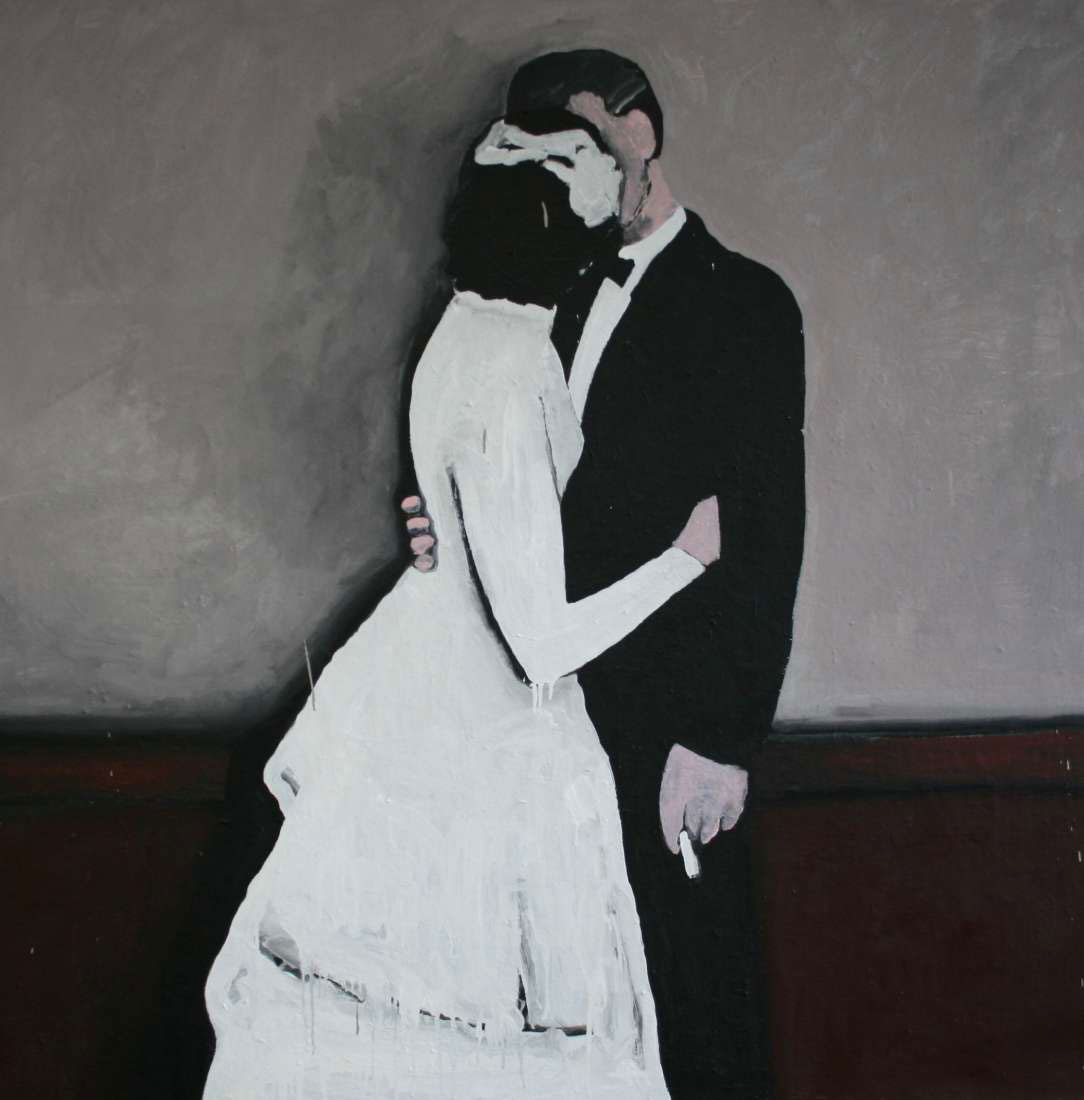 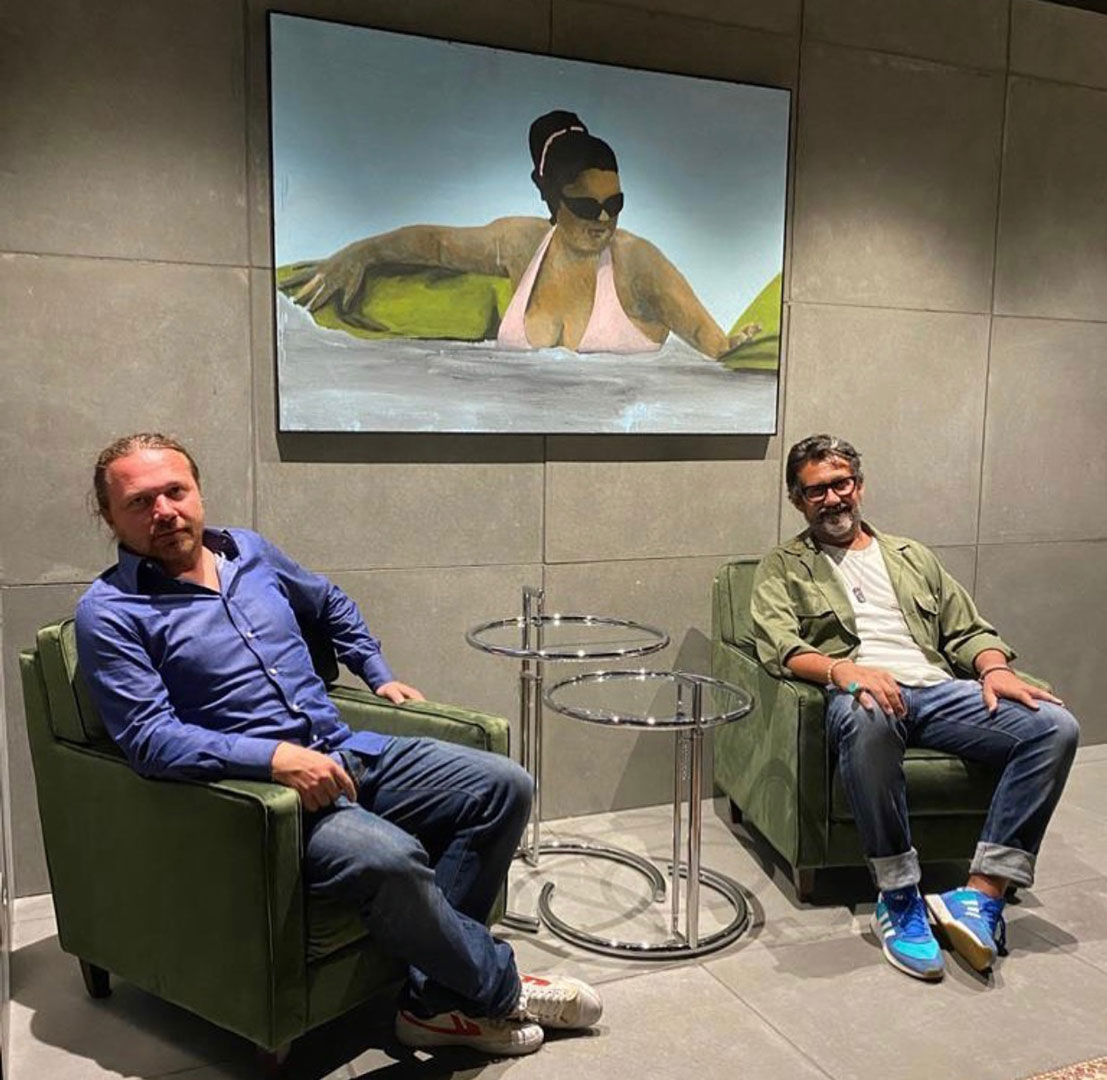 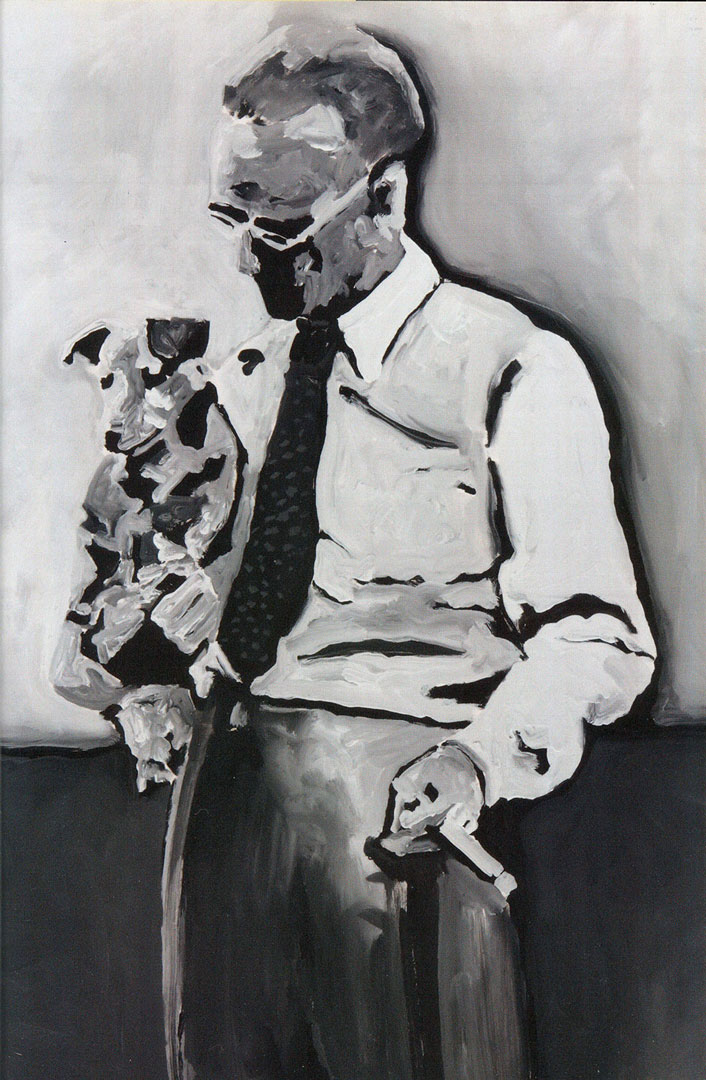 Luca Giovagnoli, is an artist that simply likes to paint and for those of you who haven’t heard of him, you may well have seen his work, which is inspired by many elements from humour and poignancy through to femininity and nostalgia. You may also have been lucky enough to catch him in live action during the Pitti Uomo show back in January where he painted on the LIMITATO stand to the appreciation of many visitors.

Here we speak to the man himself….

Luca, firstly, thank you for speaking with us, what are you up to at the moment and how has the pandemic situation been for you personally?

In fact, this pandemic hasn't changed my daily habits much, other than the exhibitions I was due to participate in. Even during normality, I usually spend most of my time in the studio. However, I want to say that this surreal situation in which we were forced into, where time and distances were extremely extended permitted me to carry out some projects that I had been planning for a long time but couldn't complete. Now they are ready and will be presented in the coming year.

Has this affected projects that you have ongoing at the moment?

‌This situation naturally led to the blocking of events that were already taking place, an exhibition in Milan and a cultural exchange project between Italy and Azerbaijan that I was involved in with other artists, exhibiting at the Museum of Contemporary Art of Baku.

Luca, where did you spend your childhood growing up and what did you study?

I was born and spent my childhood in Rimini. After high school I enrolled in the faculty of architecture in Florence. But I think what brought me closer to painting was my city, with its Felliniesque atmosphere and consequently Fellini's feminine universe.

What were your interests as a young adult and how did art become the passion for you that it clearly is?

At the end of the 80's I came into contact with an important gallery owner who saw my work and offered me a contract that allowed me to live solely on my painting, it was from there that my career developed.

Where have you showcased you artwork globally and what do have you have planned for the near future?

I have exhibited in Miami, Amsterdam, Lyon, Milan, Rome, Munich, in 2011 at the biennial of Venice and this year at the Nino Mier gallery in Los Angeles in the exhibition curated by Olivier Zham "To paint is to love again" In the near future I will resume the commitments left on hold, such as Milan, Verona and Baku.

How did you take to being asked to paint ‘live’ at the LIMITATO stand at Pitti earlier this year?

After having been contacted by Limitato for a collaboration, I was offered to paint live at the Pitti stand in Florence. I immediately found the initiative very inspiring. I think that a performance of this kind can fully convey the meaning and sense of Limtato's message.

We are creating a new wearable art movement that is carefully curated and presented, what are you thoughts about it?

I believe that the fusion between language and different art forms always leads to interesting results. In the past, I have already had the opportunity to confront projects related to literature and advertising. Limitato has given me the opportunity to dialogue with fashion. I find it very communicative and a breath of fresh air in creativeness.

If you could be anywhere in the world right now, where would it be and why?

At this specific moment I would not like to be anywhere else but here in my studio. I just hope I can start travelling again in total normality.