An interview with the Eve Appeal 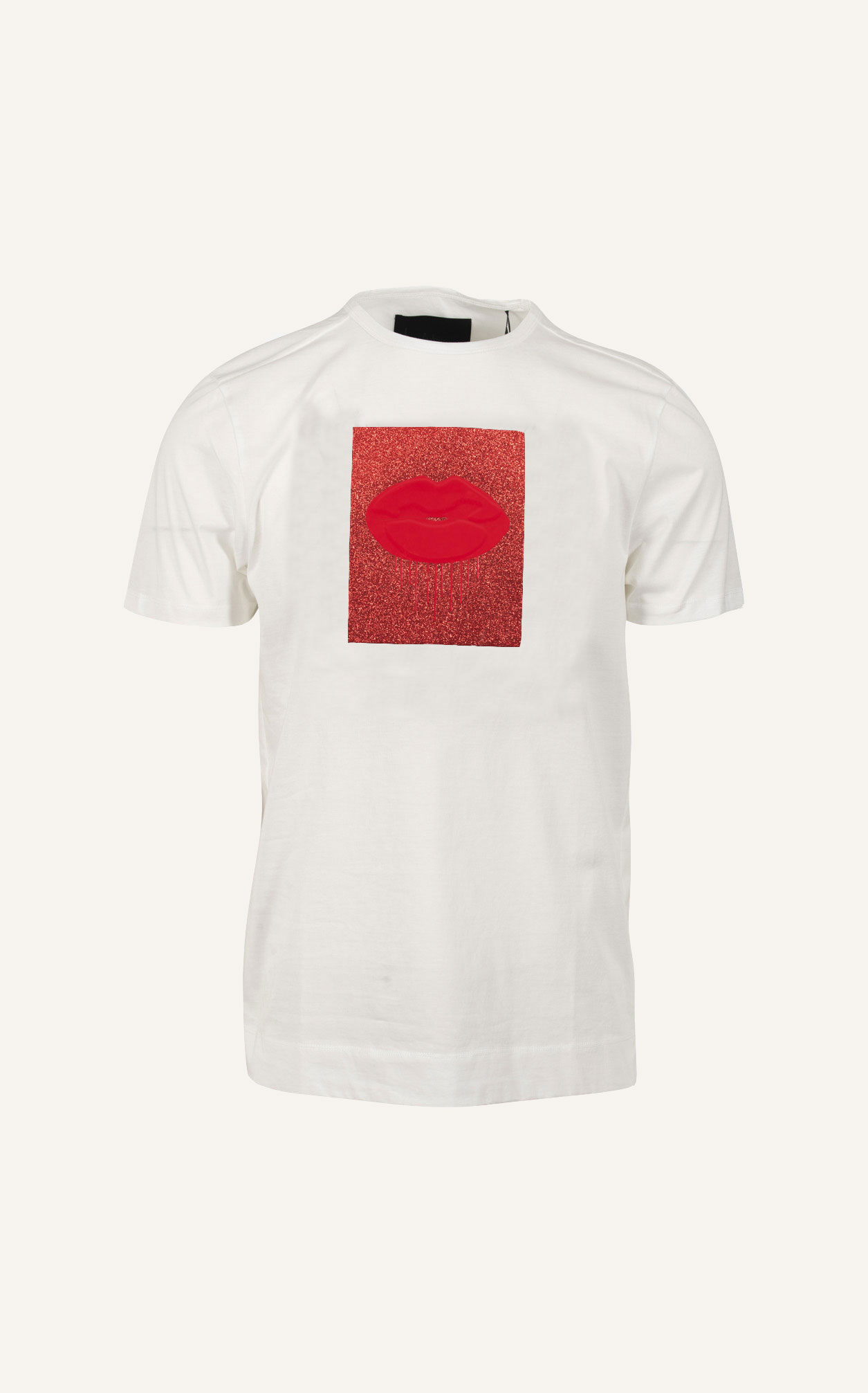 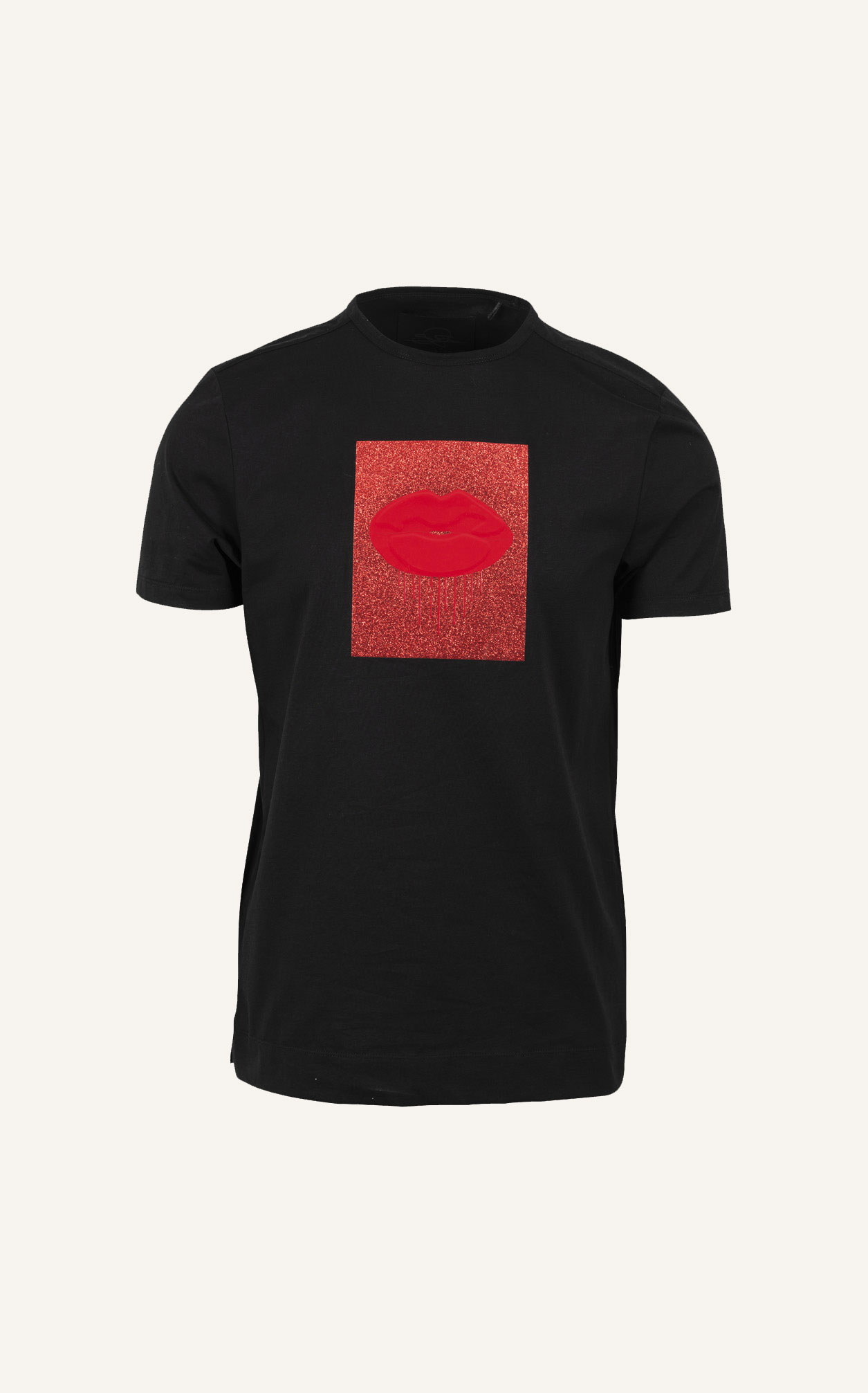 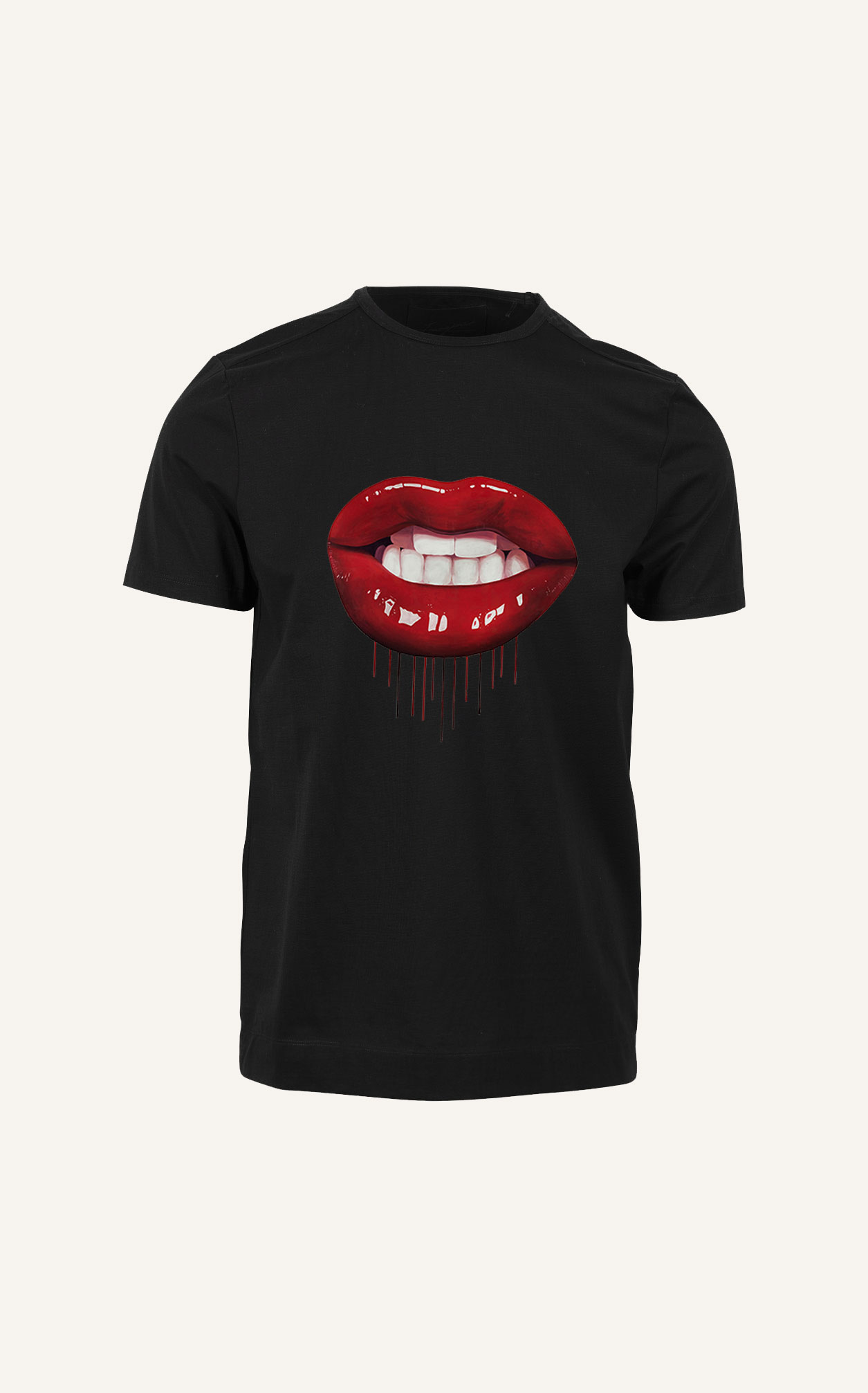 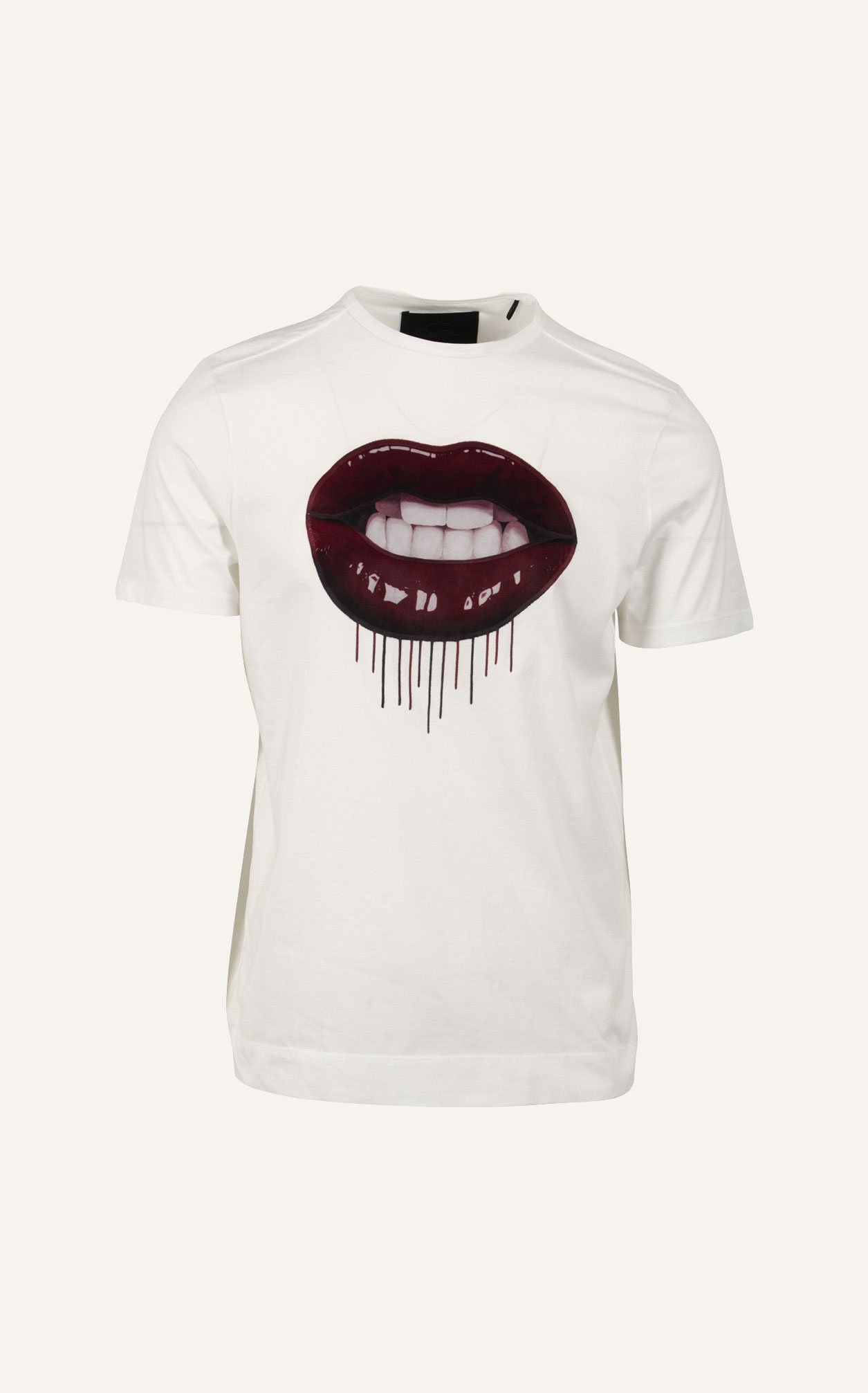 Our Journal is here to not only offer insight into the world of our artists and collaborators, but, where we can and where relevant, to discuss more important issues that affect all of us via the work of the people close to us. Long-time partner and artist Sara Pope comes together with charity CEO Athena Lamnisos, to discuss the Eve Appeal and the Get Lippy campaign, which addresses the stigma attached to women's gynaecological issues and how at LIMITATO we are donating 10% of the total of Pope’s T-shirt sales throughout May to the charity.

How are you both?

Athena: Very well thank you. Obviously self isolating, which is a bit of a joke as I’m in a house with four grown up children, one of my son's girlfriends, my husband and two dogs.

Sara: Very well thank you. In the studio working on some new pieces, which is keeping me sane during the lockdown.

Can you tell us a little about the Eve Appeal and the work that’s being carried out today?

Well firstly, I’m delighted to be able to be speaking with you. The Eve Appeal has actually had a long and close association to art and artists through a whole stream of activity. There is an understanding with female artists in particular about the gynaecological issues we face. We have had some truly amazing pieces of art auctioned for the charity and obviously, Sara’s artwork surrounding ‘Lips’ and the ‘Get Lippy’ campaign speaks for itself.

The Eve Appeal is a female specific cancer charity, that helps to address the various taboos and understanding of gynaecological health and we run three major elements to the charity, which are medical research; awareness campaigns and a nurse led information service called Ask Eve, which is free to use. Interestingly, 30% of enquiries are from men worried or asking on behalf of their partners.

'Get Lippy' is a consumer facing campaign which started via a pilot run in May 2018 and ran for the first real time last year. 2020 was going to see us go full-force but then Covid-19 hit us and our retail focussed campaign halted. Thankfully, one partner is Tesco which is great as the supermarkets are still open and basically if you buy a lip-based product the charity will receive 10% of all sales during May as a donation.

The campaign and the charity has a wide range of ambassadors championing the issues around gynaecological cancers and who feel strongly about the subject. Everything from the views of a transgender person, through to disabled access at the local GP's for cervical screening and also issues involving the BAME community. Our ambassadors commit to raising awareness through their various media and social outlets.

What are the main taboos?

So many to mention. One of the main taboos is that from being children, our parents are not using proper names for the vagina, whereas for boys it is different. It is like it has become a swear word or a naughty word and it’s really unhelpful. Unbelievably, we still have content taken down that mentions the word ‘vagina’. Bleeding is also a huge issue, as views on menstruation can differ culturally. Religious reasons too. In Western culture, we still find menstruation embarrassing, women walk to the toilet with their tampons up their sleeve to avoid being noticed.

Feminine hygiene products are also flooding the market and the belief that you need to have a designer vagina, just really sends out the wrong message.

How much funding is being raised for the charity each year?

What remain the biggest challenges?

There is a 20-year low in women going for cervical screening. There was a real peak when reality TV personality Jade Goody was diagnosed as she was relatable and so young, but that has seriously dipped. There is embarrassment and confusion and one of those reasons is because of the HPV vaccination and women thinking that once they’ve had it, they don’t need to then be screened, which is wrong as there are different strains. We need to talk about things, to communicate and to be transparent.

Sara we know you as a collaborator and part of the LIMITATO family. What is your relationship with the EA?

For me the Eve Appeal obviously resonates with my own artwork featuring lips as Athena mentioned, as it looks at the strength and empowerment of women. I was delighted to be approached last year to help support the charity and the 'Get Lippy’ campaign, which of course is ongoing throughout May.

What is the current project LIMITATO is running with EA?

Well, I'm one of LIMITATO’s partnering artists and have two current designs featuring my ‘lip art’ on T-shirts within the range called ’Single Kiss’ and ‘Bored Eaux'. For the 'Get Lippy' campaign, we will be donating 10% of sales on all those T-shirts throughout May to the charity, which is wonderful.

Is the battle to raise awareness about the issues a constant one? Is enough being done?

Oh yes, ongoing, we need people to communicate and for this not to be seen as 'female problems' but as issues that affect everyone, because it does. We have received one round of Government funding but we need so much more. The awareness drive is so important and to invite more and more people to become involved is vital.

Sara can you comment on the importance of EA from your perspective?

Of course, for me it helps women and the wider community understand the importance of communication and encourages them to look into their gynaecological health, which unfortunately still holds a certain stigma today as Athena rightly stated.

Women do still seem apprehensive about discussing their ‘issues’ which may be down to things such as cultural differences, where even periods are not discussed, through to the perception of just ‘women's problems’, which appear perhaps to be trivialised.

Regarding 'Get Lippy' we really focus on the importance of those gynaecological causes of cancer - of which there are five  - and drive home the message that it is OK to discuss our health issues and how important it is to understand our own body and any changes or signs that appear and to talk about them.

Sara, what are you up to at the moment, what’s the latest news?

Prior to the pandemic and subsequent lockdown, I had held an exhibition where more than half the pieces sold, so I’m now working hard on new creations.

I’m experimenting with different colours and how they work together to reflect elements such as light, which is fascinating. My starting point is to shoot models, so obviously, at the moment, that element is impossible. So now, the focus is on the campaign and seeing how much awareness and help create.

For further information, or to become involved in the Eve Appeal and Get Lippy please visit www.eveappeal.org.uk